A Marriage Transformed: One Couple’s Story 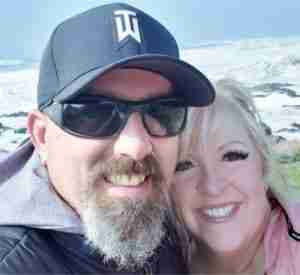 A recent letter from Friends of the Family introduced a couple named Jon & Stacey. Their first two years together were rocky. Both had been married before. But neither had the relationship skills necessary to really make marriage work.

Alcohol had always fueled weekend fun and relaxation – at least for Jon. Stacey tired of it and began to pull away. Conflicts intensified. Then Jon had an affair. Without some serious help, this marriage was going to end up like their others!

Jon hunted online for help and found Friends of the Family. No counselors were available …  but, he was invited to The Third Option: Building Better Marriages (TTO). Jon and a very reluctant Stacey were at the next meeting.

Both were surprised at how comfortable they felt at TTO. The room was full of couples seeking to invest in their marriages and grow their relationship skills!  They soon committed to attending twice a month.

Jon and Stacey had also engaged in some more intensive affair-recovery work required to help heal wounds and break through long-standing destructive patterns. “Our marriage had to be burned all the way to the ground before it could be rebuilt,” they concluded.

What they found at TTO was a “safe place to land.” A place where they could learn principles to help them “lay a solid foundation” for the marriage they wanted to have.

Stacey started engaging in TTO discussions early on. Jon had fewer words, but he too engaged as the weeks passed. They both recall that some of the testimonies shared at the meetings hit so close to home, they were brought to tears.

Today, God’s touch is evident. Jon is clean and sober. They successfully completed their affair-recovery program. Jon, who was not a Christian when he married Stacey, is now a follower of Jesus.

“When you’re in despair, God is in the air” is now one of Jon’s new mantras. Such a radical transformation over two years!

Is their marriage perfect? Of course not. But their marriage has clearly been restored and redeemed and they continue to intentionally invest in it! On top of that, God has given them a burning desire to help hurting couples find the same hope, help and healing they found.

Looking back, Jon and Stacey see their time with TTO as an important piece of their healing and growth journey. And now … you will find them serving on the leadership team of our TTO program in Albany!!

Our Team is Growing! 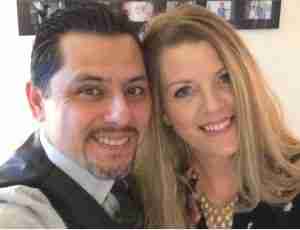 We want to welcome Moy Soriano as Friends of the Family’s new part-time Program Director.

Moy and his wife Laura have lived in the Corvallis area since 2001. They have five children and 14 grandchildren. Moy grew up in a bilingual/bicultural home in Compton, California.

After Moy surrendered his life to Christ, God transformed his life and restored their marriage. Shortly after that, God opened up an opportunity for him and Laura to work with couples in the Calvary Corvallis marriage ministry.

In the fall of 2006, Moy sensed a call to reach the Latinos in this area, so in 2007 he moved his family to Peru where he attended a Bible college. After moving back to Corvallis, they started a Spanish home fellowship which later became the church plant of Capilla Del Valle. In this new Latino ministry Moy continued to counsel couples and lead marriage conferences.

Moy’s gifts and abilities, along with his love of God and passion for healthy, growing marriages, make him a wonderful addition to our ministry team! We are very thankful.

Please feel free to introduce yourself to Moy and welcome him aboard by contacting our office or emailing education@fofm.org. He loves to connect with people who share his passion for healthy relationships and healthy homes! 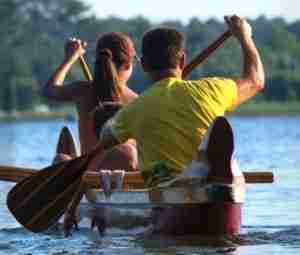 If “healthy community” could be thought of as a beautiful lake fed by a mountain river, Friends of the Family sees healthy churches as an essential part of the ecosystem upriver. Further upstream are healthy families. And healthy marriages are the headwaters. A healthy relational ecosystem starts with marriage.

But it takes a whole community to grow and cultivate healthy marriages. So Friends of the Family is partnering with churches and couples to bring to our valley a strong, biblically-based and community-minded marriage mentoring program called Dare to Be Different.

Some of the initial focus areas of our new Program Director are to: 1) Mobilize couples in area churches who have a heart for marriages; 2) Grow a network of trained mentor couples; and 3) Support, encourage and coordinate these folks as they are matched with other couples for a structured and personalized 8-10 week process that has proven to strengthen and heal marriages.

Please pray with us for the Lord to grow this ministry into something that makes a difference in marriages, families and churches across the  Mid-Willamette Valley.

Interested in getting involved? On January 17-18 we are offering a Marriage Mentor Training at Valley Christian Center in Albany. This is an initial training but can also serve as a refresher. Contact us for more information.

Baby Makes Three… But Then What??

A few years ago a young dad visited a pastor at his house for lunch. “How are things going at home with the addition of your little girl?” The wide-eyed new father just looked at the pastor, then said, “I have a lot of mentors in my life, but not one of y’all prepared me for this huge change in our marriage!”

The young man was right! Most first-time parents have no idea how radically their lives will change when they bring their first baby home. It’s one of the biggest transitions families ever face! And few resources exist to help couples navigate from “we two” to “we three.”

Friends of the Family is now offering a new two-day workshop for couples expecting their first baby (or who have recently welcomed their first child home). Bringing Baby Home was developed and tested over several years by The Gottman Institute to equip couples with knowledge and skills to manage well the changes brought about by the birth of a child.

One of the most significant benefits of the program is strengthening the couple’s friendship. It also teaches sensitive and responsive parenting, laying a solid foundation for goodwill and overall health in family relationships.

Register soon for upcoming trainings in Lebanon or Corvallis. Or contact us for more information.

This 12-hour program is valued at well over $200 per couple. Realizing that many folks just starting a family are financially strapped, the Rotary Club of Greater Corvallis generously granted $1,500 in scholarship money to help get this program going in the mid-valley. Our challenge to the Friends of the Family community is to at least match that with special gifts.

After speaking with some folks in this stage of life and hearing from faithful ministry partners, we are committing to charge $50 per couple, trusting God to stir the hearts of our supporters to provide the finances needed to keep it going.

If you would like to respond to the Rotary Club challenge and help make sure this and other relationship-building programs are easily accessible to all who could benefit from them, please consider a generous donation to Friends of the Family and reference “Rotary Challenge.” Donate here now. 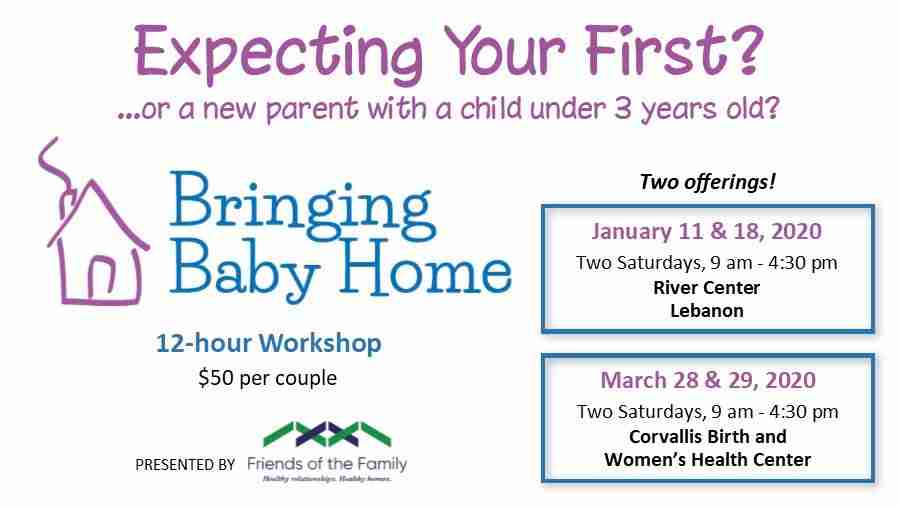 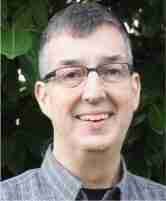 Over the last several months, our staff and board have intentionally paused…. We have prayerfully revisited vision, refocused goals, and rethought strategies.

One result so far has been to hire Moy Soriano as our part-time Program Director. He has already brought fresh life and energy to our Marriage Mentoring program.

Another result is that we are not hosting a Community Christmas Concert this year. As it turns out, our beloved Celtic Trio is not touring in 2019. But we had already made the very difficult decision to shift our energies in another direction. Click here for more on this, along with a list of some other local holiday festivities.

Our event-planning energies are now focused on a Comedy Date Night scheduled for February 22, 2020. A night of good, clean fun together! Watch for more information in the weeks ahead.

Friend, we are so thankful for you! Building healthy relationships and healthy homes requires the time, talent, and treasures of many. By engaging with Friends of the Family you are touching lives and relationships throughout our valley! See inside for more on ministry impact.

May the Lord abundantly bless you and your family this Christmas season!